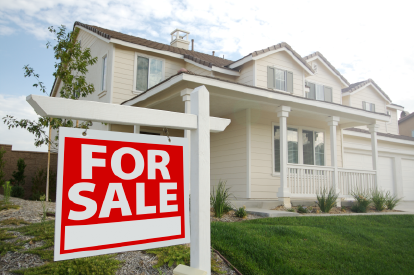 Every contract of sale will contain a provision which sets a date in which the transaction is expected to close and title to the property transfers, called a “closing date.” When selecting a closing date, the parties have to consider vacations, new jobs, school commencement dates and alterations and improvements. In addition, the parties must consider the sale and purchase of current properties. For example, the seller may have to purchase another property before closing on the sale or the purchaser may have to sell a property before they can purchase a new property. Any delay with another transaction can impact the current transaction causing a domino effect. Furthermore, if the transaction involves the sale or purchase of a co-op or condominium apartment, delays in the close date may actually be caused due to the delay of the co-op corporation approving the transaction or the condominium’s issuance of a waiver of right of first refusal. In addition, delays may be caused by a lender if financing is involved.

The date selected by the seller and purchaser as the closing date in New York is a target date only. The closing date in the contract does not necessarily mean that the transaction will close on that date. For example, if a seller or purchaser, the lender or the co-op or condo are not available, it is normal for the parties to adjourn the closing date.

It is well understood in New York that a closing date may be postponed for any reason or no reason. The important issue is how long the postponement can be for. There is no written law (statutory law) which governs the closing date in a real estate transaction. The determination how long a closing date can be postponed has been addressed by the courts of New York (case law). The general principal in New York is that either party can have a “reasonable” time to delay or postpone the closing. Unfortunately, there is no hard definition of how much of an adjournment is “reasonable.”

The courts have stated that a “reasonable” time depends on the facts and circumstances of each particular case. Most attorneys agree that an adjournment of 30 days is reasonable. Reasonableness, as determined by New York State’s highest court, depends on the nature of the contract, the conduct of the parties, the presence or absence of good or bad faith, the experience of the parties, the possibility of prejudice or hardship to either one and the specific number of days provided for performance. Certainly, a postponement of the closing date due to a an illness, travel plans, death in the family or a friend, wedding or the birth of a child are all deemed to be acceptable reasons to postpone a closing.

As long as there is no language in the contract to the contrary, the courts have followed the rule that parties are entitled to a reasonable adjournment based on the facts of a particular case. Even though a close date in a contract has passed, any attempt to cancel the contract will be unenforceable. Accordingly, a letter from a party’s attorney stating that the contract is cancelled because the close date has passed will result in a breach of contract unless a reasonable time has passed.

Time of the Essence

So how does a party protect himself or herself from a closing that is postponed indefinitely by the other party?
Given the uncertainty involved in determining a “reasonable” adjournment, one or the other party may want to establish an outside date by which the closing may occur. This may be done by your lawyer adding a “time the essence” clause in a contract of sale. If such a provision is set forth in a contract and a party fails to close on that date, it will be a material default under the contract regardless of any prior obligations or emergencies of the non- closing party. A time of the essence closing will not be excused if a party is travelling, having a baby or is unable to attend the closing due to any reason. In such circumstances, if it very prudent to obtain a power of attorney from the party who cannot attend appointing his or her attorney and an alternative attorney if the party’s attorney is unavailable.

The other way in which time of the essence can be made is unilaterally by one of the parties. If a close date in the contract is about to or has passed and one party continues to postpone the closing, the other party may unilaterally set a time of the essence closing provided all conditions in the contract have been met and the party enforcing the closing is ready, willing and able to close.

To set a time of the essence closing unilaterally after a contract has been signed, one party must send a letter to the other party making time of the essence as of a particular date. The letter, usually from one attorney to the other attorney, must be sent in accordance with the method set forth in the contract (ex. certified mail/return receipt requested, federal express, messenger, facsimile, email, etc). Sometimes the contract provides that default notices be sent directly to the defaulting party in lieu of the attorney for the default party.

What Happens at a Time of the Essence Closing?

Enforcing rights through litigation is not recommended unless there is no other choice. Try to negotiate before litigating. Suggested options for a purchaser is to ask the seller, where applicable, to pay for: (a) any extension fees for the purchaser’s loan commitment letter or rate lock, (b) living expenses if they are forced to move out of their current residence (ex. hotel fees) or (c) storage fees to store personal belongings if the purchaser is forced to move from their current residence. Suggested options for a seller is to as a purchaser, where applicable, to pay for: (a) Seller’s carrying costs for each day the closing is delayed past the time of the essence date (ex. Common charges, maintenance, real estate taxes, loan interest, insurance) or (b) release a portion of the down payment to the seller to show good faith that the purchaser intends to close.

If a seller is clearly unable to perform on a time of the essence closing date, the parties must not wait until the closing to terminate the contract and refund the down payment. For example, if the seller has an uncurable defect in title and cannot perform on the close date, the transaction can be terminated and the down payment can be returned or if there is co-op board denial.

Normally, the sponsor contract provides for a 30 day notice period to close. If the apartment is part of new construction by the sponsor, it is very difficult for a sponsor to set a date when a contract is signed and the building is not yet completed. Construction can be delayed for a variety of reasons and it is quite possible that a close date can be delayed 6 months to several years. It is impossible for a purchaser to know exactly when the closing will occur and when the purchaser actually receives the 30 day notice to close letter, the purchaser may be travelling or unavailable on that date.

There are two ways to protect the purchaser. Generally, every sponsor will grant a one to week adjournment of the closing date without penalty but the provision must be negotiated when the contract is signed and included in the contract. Secondly, always obtain a power of attorney if a client is travelling or if there is a possibility that they cannot attend the closing.

What happens if a party does not close on the time of the essence date? The remedies granted to each party are very different:

For a purchaser, if a seller has not closed on a time of the essence date, there are two remedies:

Courts abhor the forfeiture of a down payment and will generally be sympathetic to a purchaser who may be in danger of losing substantial deposits. Any ambiguity regarding a parties intention will cause the court to find that time was not of the essence.

If a purchaser is on the receiving end of a time of essence clause in a contract or in a letter, counsel must be acutely aware of any factors that could prevent the client from closing on the law day. If the parties will be unavailable on the closing date, a power of attorney should be obtained and cleared by the title company, lender and the co-op managing agent, if applicable. The power of attorney should also grant authority for another person to act as attorney in fact in the event the designated attorney in fact is unavailable.

Lastly, it is important for the parties to keep accurate notes and documentation supporting the facts and circumstances underlying the close date. A party who is damaged by the failure of the other to close must be prepared to prove that he or she has or has not incurred any meaningful costs or been otherwise prejudiced in any manner.

*DISCLAIMER – Nothing herein is offered as legal advice. All information in this article is for informational purposes only. Please consult with an attorney before taking any legal actions.