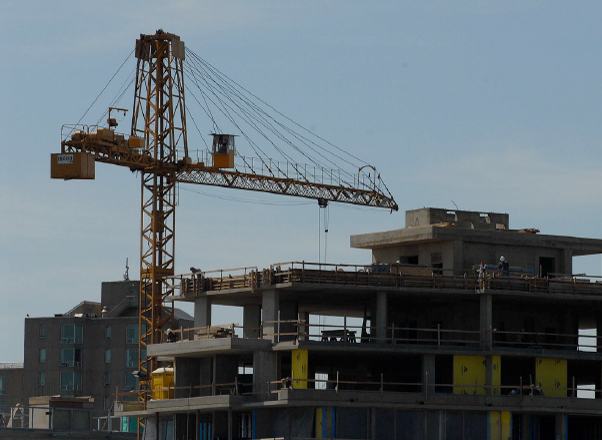 There is an extraordinary amount of new condominium construction occurring in Manhattan at this time. Many projects are well underway and are currently in the closing stage, while others have not even broken ground. With the shortage of inventory of residential apartments in Manhattan, many purchasers are entering into purchase agreements to buy newly constructed condos. Buyers however, need to be aware.

Before a closing can occur for a newly constructed building, there are two prerequisites that the sponsor (or developer) must comply with.

The first requirement is that the condominium declaration must be filed with the city register’s office. This is the document that formally creates the condominium on paper. It provides, among other things, the number of apartments, the tax lots, the percentage of common elements and a description of the property.

The Temporary Certificate of Occupancy.

The second requirement is that the sponsor must have procured either a temporary certificate of occupancy (TCO) or a permanent Certificate of Occupancy (CofO) covering the entire building from the New York City Department of Buildings (DOB). The TCO is issued by the DOB when the apartments are habitable, but the common areas are not completed and a CofO is issued when the entire building is complete. Under most offering plans, the sponsor is allowed to close on the apartment with a TCO. In any event, without the recorded declaration or a TCO/ CofO, a closing cannot be concluded.

Most sponsor purchase agreements provide that the purchaser must close within 30 days after delivery of a written notice of the closing. If the purchaser fails to close within or on the 30th day, the sponsor has the right to impose serious penalties on the purchaser (some of the penalties amount to over $1,000 per day, depending on the sales price). Thirty days is a very short period of time if a purchaser has been waiting over a year to close and then, without expectation, he or she receives the notice to close.

Apartments may have been completed in some buildings, but without the issuance of a TCO, there cannot be a closing. If the DOB is backed up with inspections or an apartment has been inspected, but it is not ready for occupancy, there will be delays. Furthermore, there are inevitably going to be delays in the construction process caused by unavailability of materials, accidents, contractor disputes, unpredictable weather and even strikes. This can have serious repercussions for a purchaser. First, if the purchaser has sold his or her apartment to purchase the new apartment and the purchaser needs the proceeds of the sale to purchase the new apartment, the closing dates may not coincide. This means that the purchaser may have to close on the sale of the apartment before he/she purchases the new apartment and may have to find temporary living arrangements. In addition, for those purchasers who are financing their new apartment, commitment letters and interest rates can expire if there are delays in the closing date.

What can a purchaser do to protect himself against these delays? First, when selling an apartment, try to build in an extended close date–maybe even try to ask the purchaser of the apartment if there can be an acceleration clause for the close date if the sponsor is ready to close sooner rather than later. Second, the purchaser should talk to the loan officer to see if the loan and/ or rate can be locked in for a significant period of time. If the commitment expires, it is likely the lender will extend it without fees. However, to extend a rate for a significant period of time will cost the purchaser money. Finally, a purchaser should try to have his/her attorney negotiate a grace period in the purchase agreement for the purchase of the new apartment. As stated, a 30 day notice to close is not a lot of time to prepare for a closing. Most sponsors will agree to give a 15 to 30-day grace period to close from the original closing date.

*Nothing herein is offered as legal advice. All information in this article is for informational purposes only. Please consult with an attorney before taking any legal actions.